Here is my Ernie Ball Paradigm strings review from a guitar player perspective, are they worth it?

Readers of my blog will know that I am a massive fan of the Ernie Ball M Steel strings and so I will use that as my comparison point since they are both premium level strings. That is to say, not cheap! You would therefore expect something more for your money and I’ll give you my opinion on whether this is the case or not.

Guitar string manufacturers put a great deal of emphasis on the engineering processes that go into their strings and talk at length about the materials used and the treatments applied to those materials. “So what”, I say. How do they sound, do they stay in tune, how long do they last and are they worth the money? that’s what we’re going to cover in this article.

In my opinion, that’s what is important when deciding which strings to buy and how much to spend on them, I think you will agree?

But They Are More Expensive!

Let me address this point right now because it’s true, they are indeed when compared to standard Ernie Ball, Fender and D’Addario strings (to name a few) more expensive.

I wrote in my Ernie Ball M Steel strings review about the relative costs of strings when compared to the cost of your guitar and how important strings are in the transmission of your playing from your fingers and pick to the guitar itself, they form the only transmission link in that chain.

Think of it this way…

If you own a high-performance sports vehicle, would you put the cheapest possible tires on it and use the cheapest engine oil? Bit of a false economy, wouldn’t you say? Buying strings at this price point will likely be 1-2% or less of the cost of your guitar, and you want the best out of your guitar, don’t you?

Only you can decide whether the higher performance on these types of strings is worth the money, but you’ll never know unless you try. 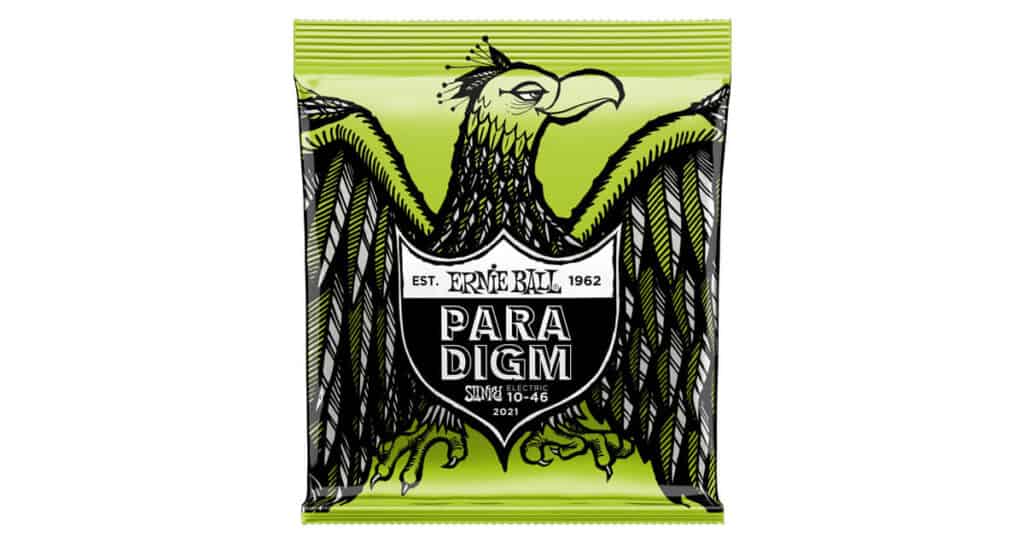 How Is The Sound Of The Paradigm Strings?

I have used the Paradigm strings for around 3 months now on my Ernie Ball Music Man John Petrucci JPXI as well as on my Fender American Stratocaster. This has allowed me to hear their performance on humbuckers, strat single coils, and a piezo pickup plus all sorts of switching combinations. I have used clean sounds and distorted sounds playing classic rock, blues, jazz/funk, and metal!

So, what do I think?

They seem to produce more output from the pickups, probably due to the materials used and I’d say it is very similar to the M Steel strings in terms of output and dynamics. They respond really well to picking intensity and attack and feel “alive” in a similar way as well.

And here is the controversial bit…!

I think they sound more similar to the D’Addario NYXL. In that, they have (to my ears) a thinner and more “sparkly/shimmery” sound to them. The paradigm strings are not quite as “shimmery” as the NYXLs perhaps but have a very similar overall effect. 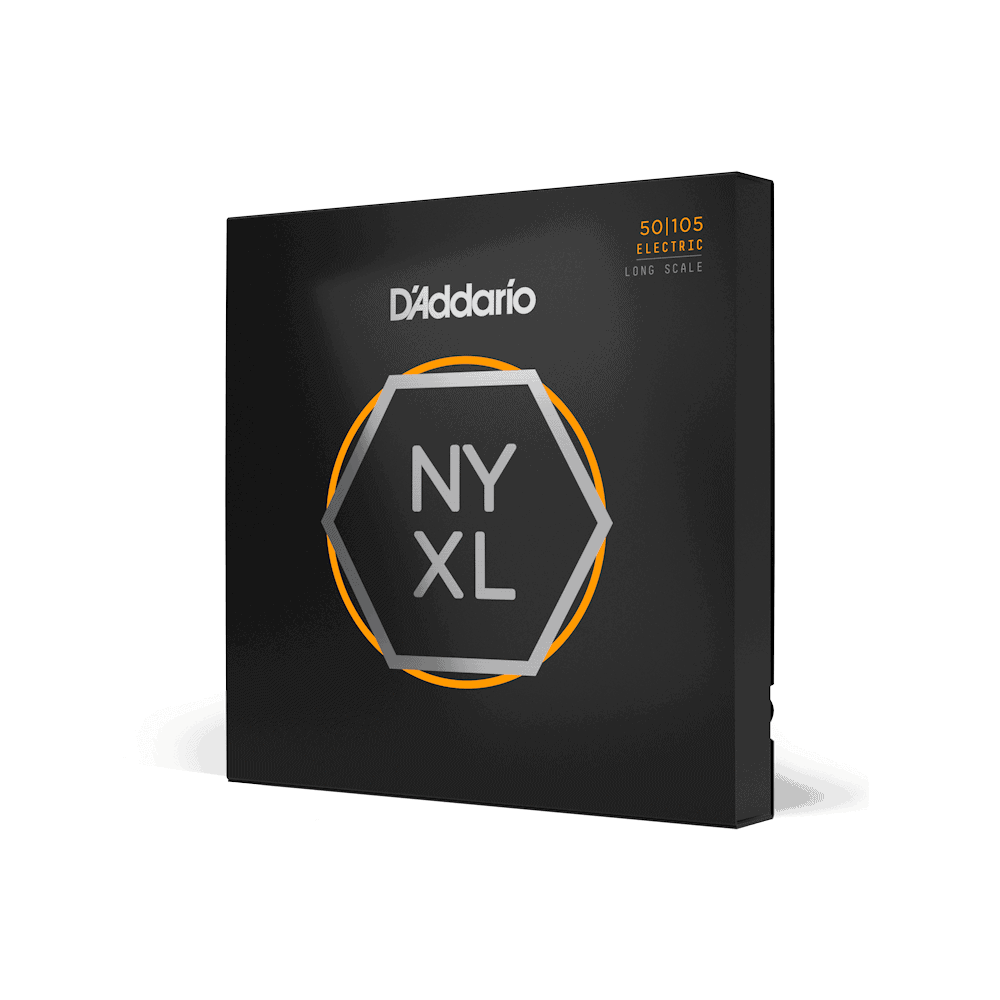 I personally don’t like this sound and much prefer the full, rounded sound of the M-steel strings.

How Is The Tuning Stability Of the Paradigm Strings?

Much like the M steel strings, they are solid as a rock.

Most tuning stability issues with strings come from the string ball attachment (the lump at the end that stops the string sliding through the bridge!) or from poor stretching out when first fitted.

The Paradigm strings seem to require very little stretching out when new and I have had absolutely no issues with the ball attachment moving.

In this respect, they are very similar indeed to the performance of the M steel strings.

How Is The Durability Of The Paradigm Strings?

They last for ages!

By which I mean:

I’ve been using the Paradigm strings on my Ernie Ball Music Man JPXI for around 3 months now and they certainly haven’t dulled down or broken – they certainly last the course and offset the additional initial cost.

If you would like to know about string gauges, what that is, what’s available, and what happens if you change, check out my article: Guitar String Gauges Explained

I have a big list in my Ernie Ball M Steel strings review, but to name a very few select players that endorse Ernie Ball strings:

Some top-notch players there, wouldn’t you say?

Summary And What Next?

The Ernie Ball Paradigm strings are of excellent quality in terms of durability and tuning stability, but lack a tiny bit in full, the rounded tone when compared to the M steel strings – all just my opinion – you may very well prefer them.

The only way to find out is to try them for yourself, isn’t it?

It won’t be money wasted, they are excellent strings, I just happen to prefer the sound of my beloved Ernie Ball M Steel strings!

Your guitar deserves quality strings, so you owe it to your axe and to yourself to see if you get a better result when using these strings.

Seriously, try them, you will notice a big difference and it’s only a few dollars for one set so what have you got to lose?

You will hear a whole new tone from your guitar, you’ll hear dynamics that you’ve never noticed before and you won’t have to change strings every week because they’ve gone dull too quickly or break.

Go on, give them a go, you will be amazed, I promise.

You could also do a comparison with the Ernie Ball M Steel strings and let me know whether you agree with my assessment of the tone.

The Amazon price is really competitive and I haven’t been able to find a better deal at the time of this update.