Here, I’m going to share my top 5 tips on how to play slide guitar and introduce you to some awesome lessons if you want to get started with this great art.

There is something really evocative about slide guitar isn’t there? It’s got a whole new sound (of course!), and is usually synonymous with country playing or the blues – but some folks take it to a whole new level.

In truth, it’s one of those skills that are hard to master but relatively straightforward to play at a beginner level. My tips below will help you get the basics of slide guitar techniques but cannot possibly substitute for a series of lessons that will show you how to learn some of these songs and licks. 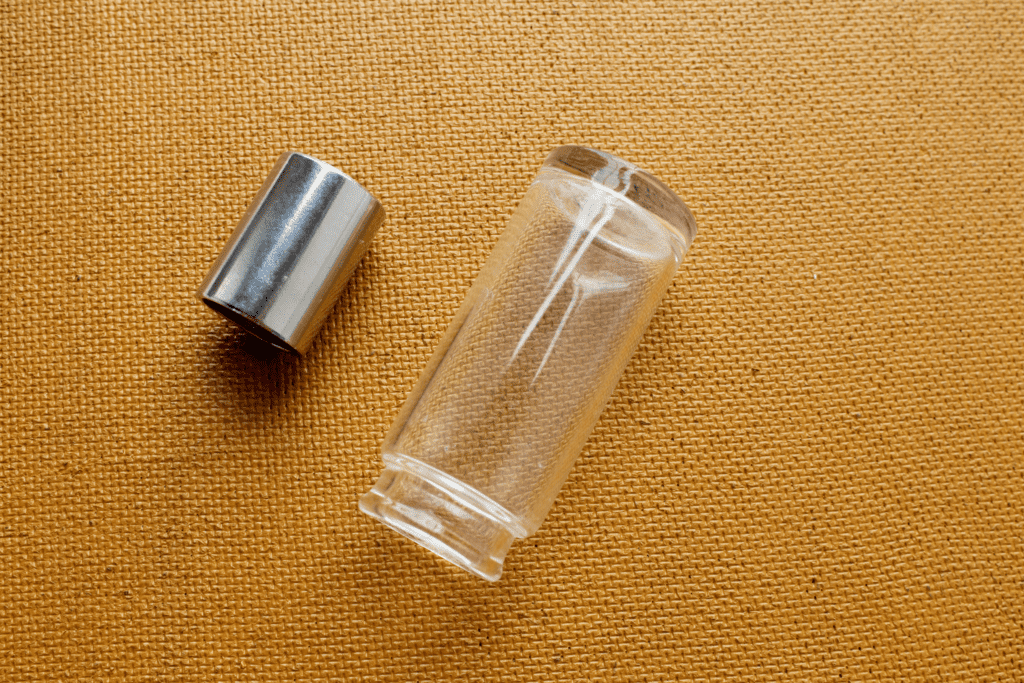 Typical materials include steel, brass, glass, and more recently, carbon fiber although many companies have produced the hollow style (bottleneck) slide with different materials inside and out in order to provide a more porous material on the inside for ease of use.

A slide guitar set up will have the strings lifted away from the fretboard, which is not what most (non)-slide guitar players will want. In fact, they usually want the strings as close as possible (without buzzing)!

If you want to have a specific instrument with a slide guitar set up, then that’s great. If not, you will need to make some compromises. 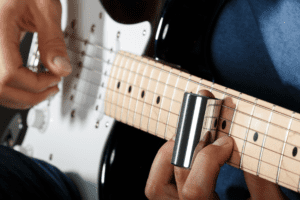 3. Keep it Straight and True

Ok, so you want the cleanest, purest sound possible from the slide. That is, the string tone between the slide itself and the bridge of your guitar.

One thing that isn’t necessarily obvious, is that the portion of string between the slide and the nut of the guitar will also “ring out” and actually cause an unpleasant sound to leak through.

It is important therefore to “mute” the strings behind the slide. That is, the portion of string between the slide and the nut.

You achieve this by resting your index finger (or index and middle finger) on the strings behind the slide to prevent them from ringing out. (this is why the large majority of players do not use the index finger for the bottleneck-style slide).

Lap players will actually use the side of the hand or ring and pinky fingers for muting as they are holding the slide differently. 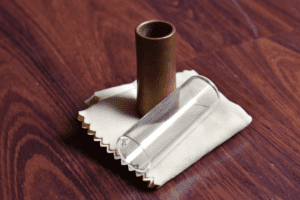 Whilst you can play slide guitar using a pick, most players will use some form of fingerpicking to get the more authentic slide sounds.

Ideally, you need to be able to pick 2, 3, and 4 strings simultaneously, pick individual strings in rhythmic and differing sequences, and ideally, with differing intensities and attacks to really coax expressive sounds from the guitar.

Getting some fingerpicking skills is great even if you don’t end up majoring on slide guitar as it gives some fantastic options for picking whilst using fretted notes and chords as well.

There it is then, my top 5 tips on how to play slide guitar. I hope this has given you a good head start!